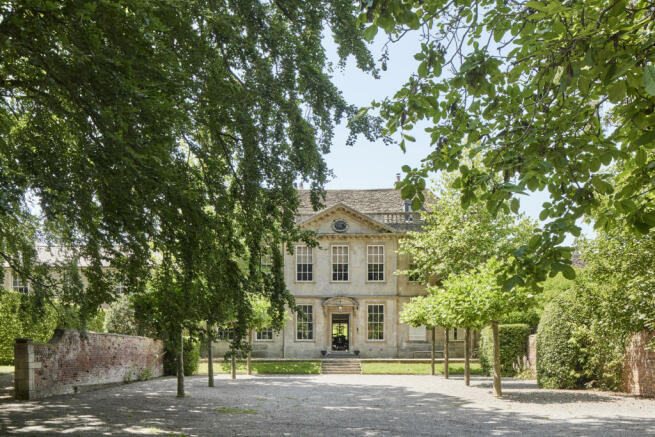 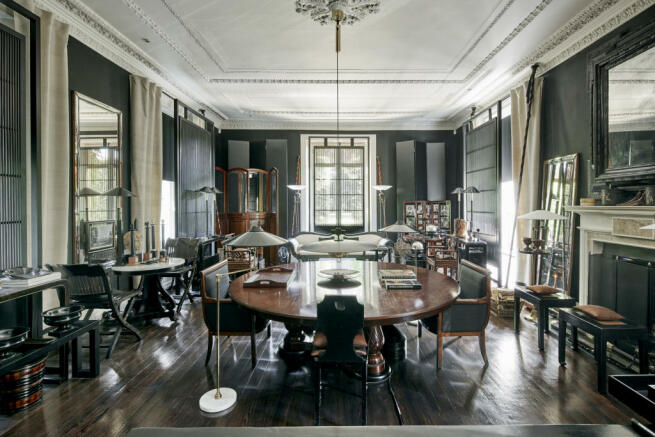 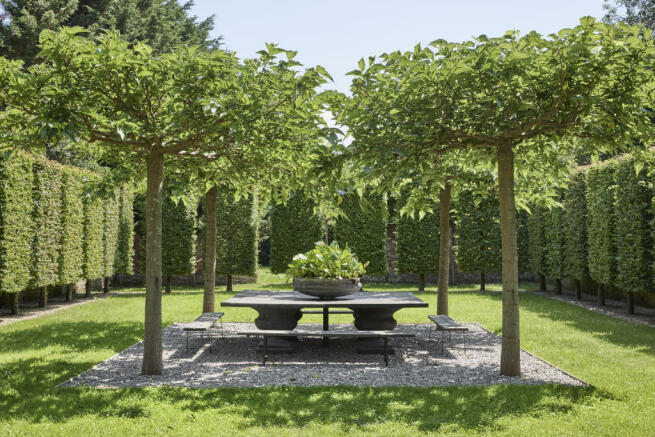 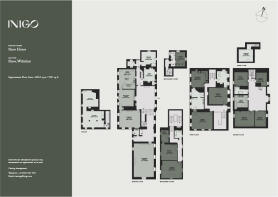 Shaw House is a magnificent Grade II-listed manor built in the early 18th century and designed in the classical style. It is set within six acres of beautifully curated grounds just east of Bradford-on-Avon and the historic city of Bath. Accommodation exceeds 9,500 sq ft with nine bedrooms and a beautiful ground floor level that interacts wonderfully with the surrounding terraces and sections of private garden.

The current house was built in 1711 by wool merchant Thomas Smith, replacing a 13th-century manor house that stood in its place; it is likely to have formed part of the barony of Castle Combe. For the next 50 years of Smith’s ownership, Shaw House seems to have been a centre for social life in this part of Wiltshire as reflected in a diary kept by Smith from 1715, covering the time until his death in 1723. From 1759, the home belonged to the Neale family until the early 19th century, when the house was let as a private school.

The house is approached via a private, tree-lined avenue centred on the handsome ashlar façade and culminates in a substantial forecourt with space for several cars. Beneath a central pediment and stone slate roof is a classically balanced fenestration of 12-pane sashes across two main lower storeys.

The slightly raised ground level opens to a spectacular entrance hall with hardwood parquet flooring and a fireplace with a bolection moulded surround. Ahead lies a morning room that links the dual aspect dining room on one side and the kitchen on the other. This northern section of the plan also houses a boot room, pantry and cloakroom. Substantial cellars have been repurposed as a laundry room and offer versatile storage. Open fireplaces are present in all the principal rooms on this level.

To the left of the central hall are stairs down to a drawing room, set within a 19th century, two-storey wing of the house. Here, soaring ceilings with immaculate cornicing offset dark timber floors and French windows across three aspects invite light in, while framing aspects of the immaculate gardens.

A wide, sweeping staircase ascends from the hall to the bedrooms, dressing rooms and five bathrooms that are distributed across the first and second floors and on intermediate levels at the northern and southern ends of the plan.

The immediate gardens around the house have been designed to cleverly interact with the entertaining spaces, as overspills for dining and to accommodate the moveable feast. Topiary-enclosed terraces create alfresco dining spaces and sections of lawn are granted privacy by beautifully considered hedging and a perimeter of mature trees, with only fields beyond.

The name ‘Shaw’ comes from the Saxon word for a wood or copse. The village of Shaw has a thriving community that centres around a Village Hall and Shaw C of E Primary School. The market town of Melksham is nearby and offers a wider variety of pubs and recreation, as well as a shopping centre and a Waitrose supermarket. There are several schools nearby, both state and private, including Stonar, St Mary’s Calne and Warminster School.

There are a variety of attractive offerings in nearby Lacock and Avebury, while the beautiful towns of Devizes and Bradford-on-Avon are within 10 miles; the latter home to a plethora of independent shops and restaurants in what was described in The Guardian as “the loveliest town in the whole country”.

Fast rail services to London Waterloo, London Paddington and Bristol are available from Bradford-on-Avon and Bath. Bristol International Airport is approximately 30 miles northwest. The M4 is around 10 miles to the north for fast routes to London and Bristol, where the M5 can be joined for the South West. 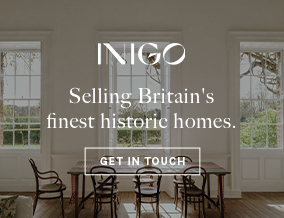 Inigo is an estate agency for Britain’s most marvellous historic homes.

We take our name from Inigo Jones, the self-taught genius who kick-started a golden age of home design.

Disclaimer - Property reference TMH00069. The information displayed about this property comprises a property advertisement. Rightmove.co.uk makes no warranty as to the accuracy or completeness of the advertisement or any linked or associated information, and Rightmove has no control over the content. This property advertisement does not constitute property particulars. The information is provided and maintained by Inigo, London. Please contact the selling agent or developer directly to obtain any information which may be available under the terms of The Energy Performance of Buildings (Certificates and Inspections) (England and Wales) Regulations 2007 or the Home Report if in relation to a residential property in Scotland.