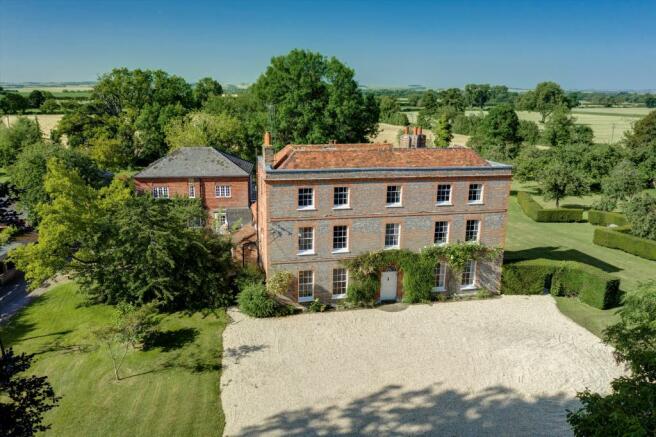 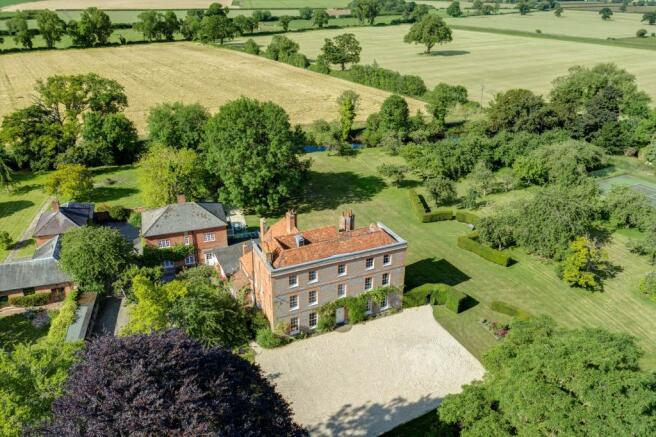 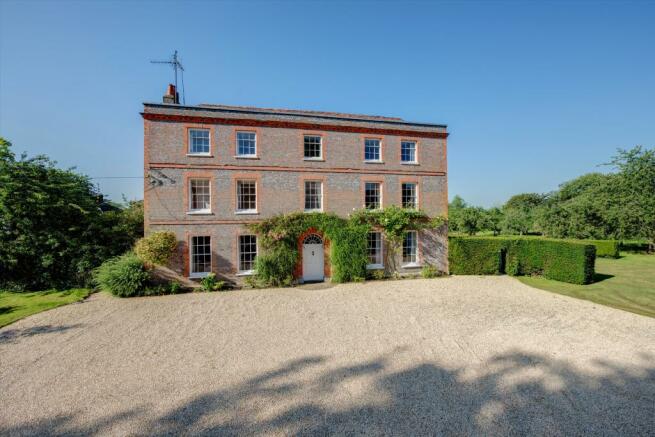 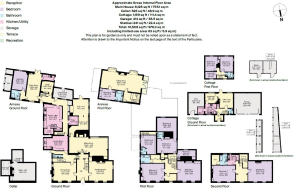 Brightwell Manor is Grade II listed, providing outstanding and flexible living and bedroom accommodation. The house has many character features reflecting its Georgian and Tudor origins, including high ceilings, large sash windows with shutters, wood panelling, ornate cornicing, open fireplaces and flag stone floors. The rooms are well laid out and include a large reception hall with a well-proportioned dining room and drawing room either side, sitting room, family room, kitchen and study (with a mural painted by the neo-romantacist, George Warner Allen). There is a utility area and separate WC as well as stairs leading up to a single bedroom.

To the rear of the house is an extension, added in the 1950s, presently used as a separate annexe with its own access and comprising a sitting room, kitchen, two bedrooms and a bathroom, along with a large 'music' room on the first floor which is around 35' by 15' in size. It is a double aspect room with views across the Oxfordshire Downs from the balcony.

Originally the stable block, having been built in the 1840s, the cottage has a sitting room, dining room and kitchen with two bedrooms and bathroom on the first floor.

Brightwell Manor is approached up a sweeping drive bordered by mature trees and a large pond, to the front of the house where there is ample parking and also branches off to the cottage and rear of the house. The house is bounded on three sides by a stream fed wide moat, with a dam that controls the water level. Predominantly laid to lawn there are mature trees including a chestnut tree, grown from a conker taken from Windsor's Royal Mile, as well as fruit trees. A walled garden, to the rear of the cottage has espaliered apple trees and flower beds. There is also a tennis court, two stables and outside storage along with a double garage next to the cottage.

The village of brightwell and Sotwell date back to Saxon times. Brightwell was originally known as Beorht-Wille meaning Bertha's Spring. Bertha was the Saxon goddess of sacred springs and the moon. Sotwell may have meant South Town Spring. It is believed that King Stephen built a moated siege castle in the 1150s on the site where The manor now stands. This was delivered up to Duke Henry after the Civil War and probably promptly demolished. Originally, the moat also encircled the neighbouring Church of St Agatha, which indicates that the Bishop built it as a garrison church.

Brightwell Manor represents two distinct principal periods of architecture – the heart of the house believed to date back to 1605 with the rooms that are currently the sitting room, family room and oak-panelled bedroom suite make up the oldest part of the property. The original estate included extensive arable arable farmland and further properties (which were sold in 1914), with the large bell set within the chimney at the rear of the house believed to call workers in from the fields.

Towards the end of the 18th century the attractive symmetrical Georgian frontage was added. Constructed of red brick with blue brick headers, tall sash windows , a centrally placed entrance door with elegant fanlight and a parapet concealing the tiled roof. The annexe and kitchen were built in the 1950s, in keeping with the Georgian character of the house.

Out of its many owners over the centuries, perhaps Brightwell manor's most notable was the Reverend Dr W R Inge, Dean of St Paul's Cathedral and Knight Commander of the Victorian Order. He was a prolific author and used the family room as his study for writing. The current owners bought the house from his family in 1971. 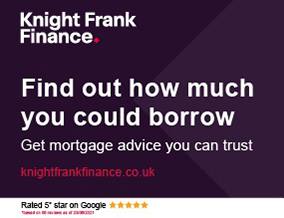 Knight Frank residential teams are available for phone and video appointments. Market appraisals, home visits and viewings can still be undertaken with agreement of all parties and while strictly adhering to all social distancing and PPE guidance Recently, we have all been faced with unprecedented circumstances, and as we navigate these extraordinary times, it is not just an estate agent that you need, but a partner in property.

Our teams of experts are on hand to hel

Disclaimer - Property reference CHO170120. The information displayed about this property comprises a property advertisement. Rightmove.co.uk makes no warranty as to the accuracy or completeness of the advertisement or any linked or associated information, and Rightmove has no control over the content. This property advertisement does not constitute property particulars. The information is provided and maintained by Knight Frank, Country Department. Please contact the selling agent or developer directly to obtain any information which may be available under the terms of The Energy Performance of Buildings (Certificates and Inspections) (England and Wales) Regulations 2007 or the Home Report if in relation to a residential property in Scotland.