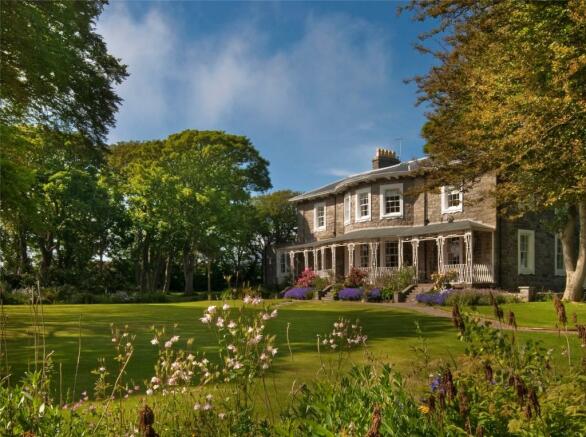 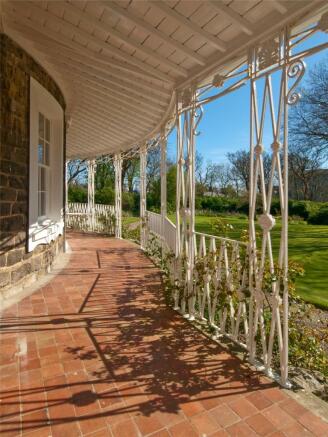 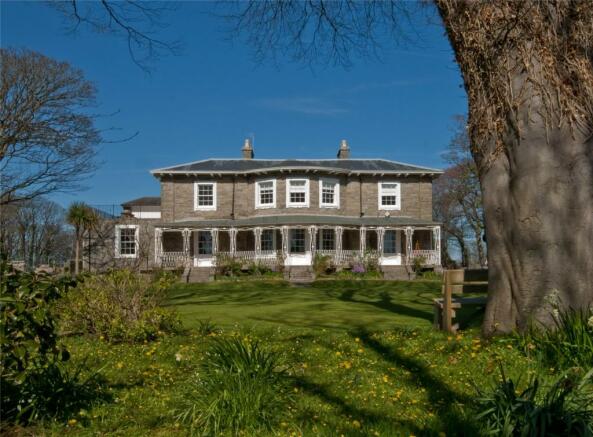 The former residence of the Lieutenant Governor and one of the Island's most important houses.

Lorne House is one of the most important houses in the Isle of Man, playing a central role in the history of the Manx nation and its fortunes have long been entwined with those of Castletown.

This landmark house dates from 1826 and was formerly the official residence of the Lieutenant Governor of The Isle of Man when Castletown served as the Island’s seat of Government.

A magnificent late Georgian house with Regency architectural flourishes it is rich in original features and designed for entertaining on an ambassadorial scale. The house has been restored to its former splendour by the present owners who has also created a sensitively designed two storey wing out of the former domestic offices to provide more intimate three bedroomed accommodation which, while independent, may also be incorporated into the main residence.

With grandly proportioned formal reception rooms, bedrooms and a lower ground floor complete with office and a communications centre, Lorne House now extends in total to about 16,000 sq ft and could equally serve as a sumptuous private home with generous staff or guest accommodation but could equally provide opportunities for housing business and conference operations.

Only a personal inspection will reveal the finesse of this most of impressive of properties which may be arranged via our joint agents on the island. The floor plan provides the relative layout of the extensive accommodation which briefly includes:

The Main House – On the ground floor three principal reception rooms off a grand reception hall, a study/library, a kitchen and a breakfast room, ancillary rooms and cloakrooms, a rear hall and service staircase to the lower ground floor.

Four principal bedroom suites and a further reception room to the first floor along with two further cloakrooms and all bathrooms having separate baths and showers with Victoria and Albert sanitary ware.

The Rear Wing – Connected to the main house via the utility room which adjoins both kitchens there are two reception rooms, a hall with a private entrance, a breakfast kitchen and a cloak room.

On the first floor off the large landing are three bedrooms, all with wardrobes and two en suite bathrooms with separate baths and showers and sanitary ware by Victoria and Albert.

There is garaging for four cars with a gated driveway sweeping through the 6.3 acres of grounds. Kitchen and herb gardens. Greenhouse and gardeners w.c.

For information about the advantages of residing in the Isle of Man refer to:

Lorne House stands proudly within walled gardens of about 6.3 acres on a promontory formed by the Silverburn River, Castletown’s sheltered harbour and the sea with a backdrop of the ancient Castle Rushen.

Although in complete privacy within its own 6.3 acre grounds the pretty town centre and its many services, shops and restaurants are a short walk away over the Cain Bridge. It is well placed for access to The Buchan School and King Williams College, the islands’ premier private schools and Ronaldsway Airport is one mile away, a five minute drive. Flights to Manchester, Liverpool, Dublin, Glasgow, Edinburgh and London City Airports are very regular and are all less than 60 minutes approximately.

The Isle of Man is a British Crown Dependency, situated equidistant between England and Ireland in the Irish Sea. It has favourable strategies with respect to corporate and personal taxation, a highly developed financial services sector, and a strong e-gaming, e-commerce, biotech and manufacturing base.

There are a number of incentives and regulatory controls in place to encourage and develop business. The Isle of Man offers zero rate of corporation tax and a maximum personal tax cap of £200,000 per annum for new applications, subject to conditions. Located at the heart of the British Isles with excellent communications, the Isle of Man is a picturesque and safe environment in which to live and establish business.

With over 160 years of experience, over 600 offices globally - including 130 in the UK, and thousands of potential buyers and tenants on our database, we'll make sure your property gets in front of the right people. And once you’ve sold your property, we’re here to help you move on to the next stage of your journey.

Whether buying or renting a house, flat, country estate or waterside property, our experts make it their busin

Disclaimer - Property reference WIS210090. The information displayed about this property comprises a property advertisement. Rightmove.co.uk makes no warranty as to the accuracy or completeness of the advertisement or any linked or associated information, and Rightmove has no control over the content. This property advertisement does not constitute property particulars. The information is provided and maintained by Savills, Wilmslow. Please contact the selling agent or developer directly to obtain any information which may be available under the terms of The Energy Performance of Buildings (Certificates and Inspections) (England and Wales) Regulations 2007 or the Home Report if in relation to a residential property in Scotland.